< PreviousVisualizing Data: How the Media Blows Things Out of Proportion
Next >This is why you should NEVER die without a will. 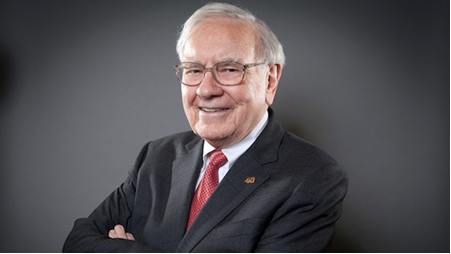 By Frank Rolfe and Dave Reynolds

Warren Buffett has a net worth of around $67 billion. But what’s remarkable about Buffett is that he has amassed his fortune without greatly changing his morals or views on life. In a time of materialistic over-indulgence, there are some interesting lessons to be learned from Buffett.

He keeps his focus on non-material things

When asked if his money gave him happiness, Buffett responded “the only way to get love is to be lovable. It’s very irritating if you have a lot of money. You’d like to think you could write a check: ‘I’ll buy a million dollars’ worth of love.’ But it doesn’t work that way. The more you give love away, the more you get.” The fact that the second richest person in the U.S. should hold so little value with their net worth is an interesting observation. We have long been advocates that friends and family are more important than money – even to someone who has an endless amount of it.

He still lives in his original house

Buffett still lives in the home he purchased for $31,500 in 1957. It’s a very modest home for someone of his net worth. But it again shows that Buffett is not interested in impressing his peers. He is more interested in the nostalgia of living where he raised his kids and built his fortune. With the current focus on “small houses”, Buffett appears to be ahead of his time, choosing to live in a home that is roughly 1/10th the size of Bill Gates – the only person in the U.S. who is richer.

Warren Buffett lives modestly. He pays himself a salary of $100,000 per year, which is less than the median earnings of most professionals. He does this because he does not believe in excess spending. He eats out and enjoys life, but has elected to not build out the infrastructure of ridiculous consumption and a large group of hangers-on. A national study found that the average American believes that $70,000 per year would be a huge income and, apparently, Buffett shares this opinion.

Warren Buffett is considered the greatest investor in U.S. history, but he is also sets an interesting example regarding his views on wealth. Our country would be better served focusing on Buffett’s viewpoint than that of the Kardashians, who have never made any legitimate money and spend it all on pathetic nonsense.