< PreviousThe Advocates Brochure
Next >Couples need to build their retirement vision together. Here’s how. 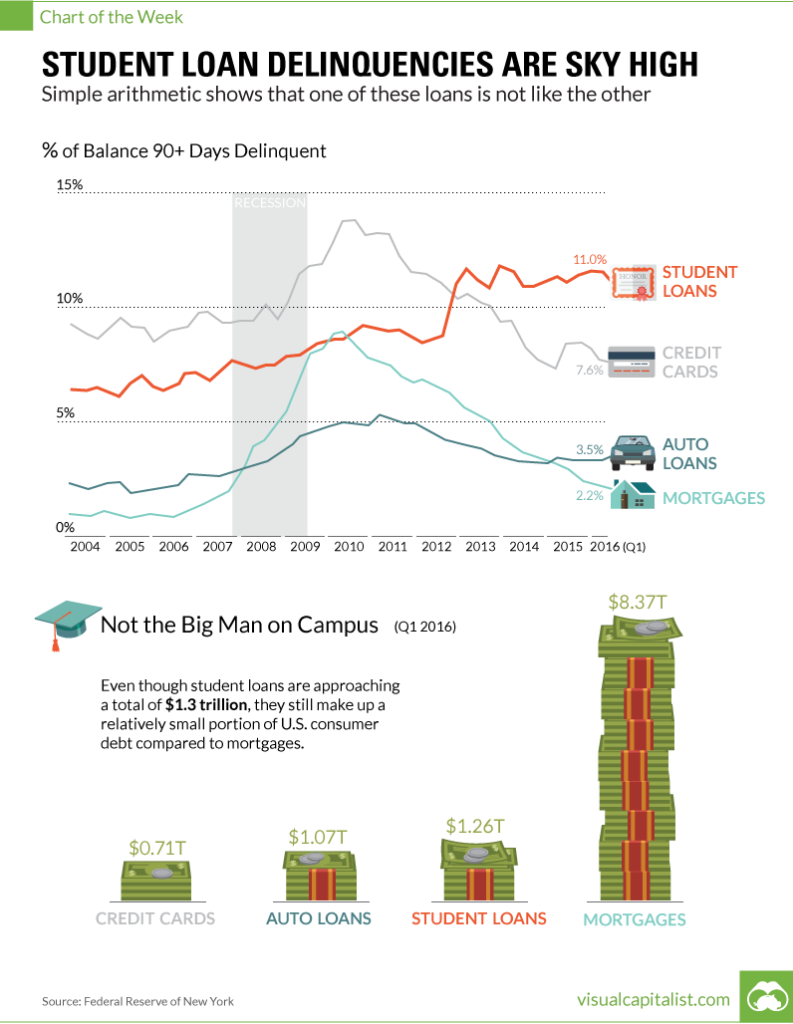 The Chart of the Week is a weekly Visual Capitalist feature on Fridays.  What do you get when you combine skyrocketing tuition costs, a lack of growth in high-paying jobs, moral hazard, and America’s largest-ever generation of students?  It’s a recipe for a mountain of $1.3 trillion in student loan debt – much of which is not being paid for.

With many students graduating with high debt loads, a growing number of students are becoming delinquent on their loans. The most recent estimate by the Federal Reserve Bank of New York estimates the percent of 90+ day delinquent loans to now be at…Read More