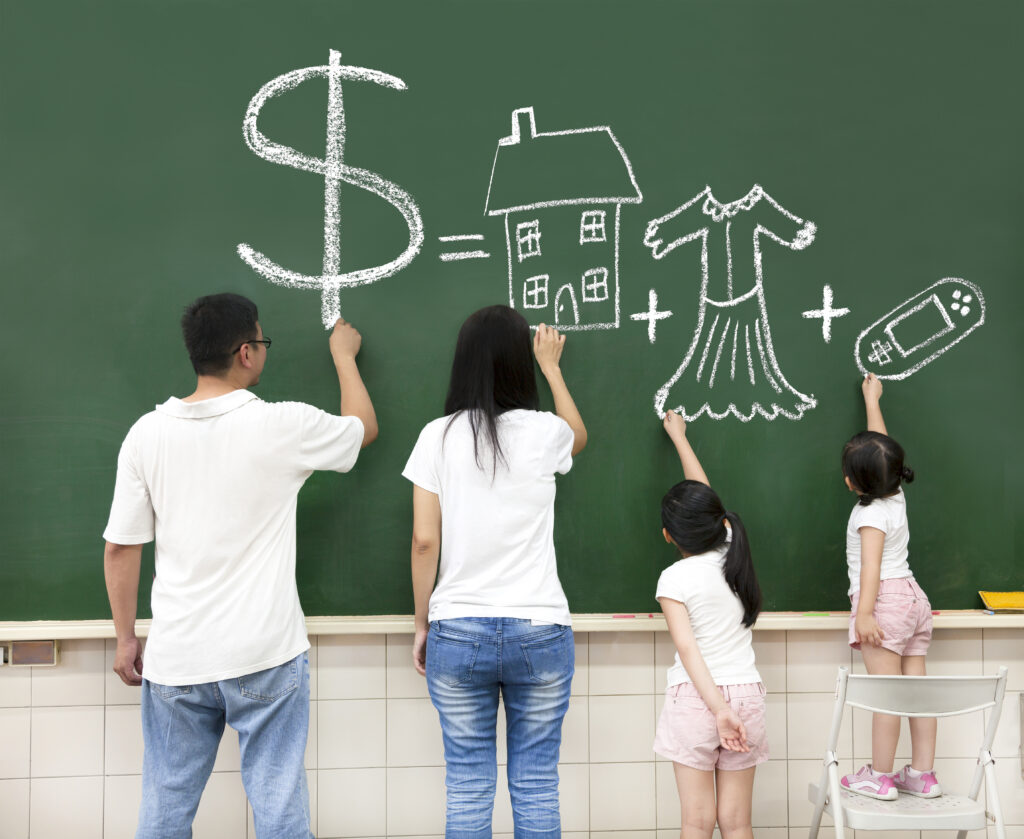 Parents know that children hear, see, and pick up on everything that is going on with the adults in their lives. And when you were a child, you were no different.

Many of the attitudes we have about money were formed at a very early age as we absorbed how our own parents dealt with their finances. Some of these beliefs, such as a commitment to disciplined saving, are positive. Others, like skepticism about the stock market, can be more harmful than helpful as we try to build wealth in our own lives.

Answering these four key questions can help you look at your financial upbringing with a fresh perspective.

When you’re done, think about which money beliefs you want to pass on to your own kids, and which might be preventing you from living the best life possible with the money you have.

Your childhood experiences of money are a composite of details both big and small.

You probably compared the comforts of your home to what you saw next door and drew some conclusions about how comfortable your family was.

Did your parents get a new car every couple years or drive around the same station wagon until it died? Did you take frequent vacations? What were holidays and birthdays like?

Watching mom and dad carefully balance their checkbooks or set next week’s grocery budget also might have made a strong impression. And at the more serious end of the spectrum, an unexpected job loss, debilitating medical condition, or death could have had a profound impact on your family’s finances.

2. What was money like for your parents growing up?

Many baby boomers were raised by parents who had to tighten their belts during the Great Depression and World War II. The Greatest Generation probably impressed upon your parents the value of the hard work, the importance of saving, and perhaps some real apprehension when it comes to money. Your parents may have passed on these same values to you, or swung in the opposite direction and tried to make money as stress-free as possible.

How much do you know about your parents’ childhoods? If they’re still living, ask some questions that will fill in your family’s history a little more clearly. You might learn something surprising. And you might gain some insight into how their experiences of money are still affecting you.

3. What specific lessons were you taught that you have continued?

People who grow up in working-class households often learn negative lessons about wealth. Their parents may view affluent people with suspicion or even resentment. Sometimes there are valid reasons for these views. In other cases, hard-working adults see greener grass on the other side of the fence and underestimate how much hard work and discipline really go into wealth-building. Their kids learn to do the same.

On a more positive note, your parents also made decisions that taught you what was more important to them than money. Perhaps they sacrificed their own leisure and comforts so that you could attend a good private school. A parent might have earned a modest living as a teacher or working for a nonprofit that made your community better.

4. What was the best thing you were taught about money?

As a child you probably rolled your eyes whenever your parents doled out maxims about money or started reminiscing about what money was like when they were growing up.

Now that you’re the one doing the earning, some of those lessons probably ring true. “Live on less than what you make” is hard to hear when it’s used to explain why you can’t have a new bike or take a big vacation. No child wants to sacrifice their weekends or summers working part time because their parents insist on it. But the lessons that were hard to swallow when we were young often create attitudes and habits that benefit us as adults.

The sum of all these memories, the positive and the negative, is a blueprint to your financial thinking. Come in and share your blueprint with us so that together, we can lay a strong foundation for your family’s future.