< PreviousAxioms for Graduates
Next >The Fed’s Financial Accounts: What is Uncle Sam’s Largest Asset? 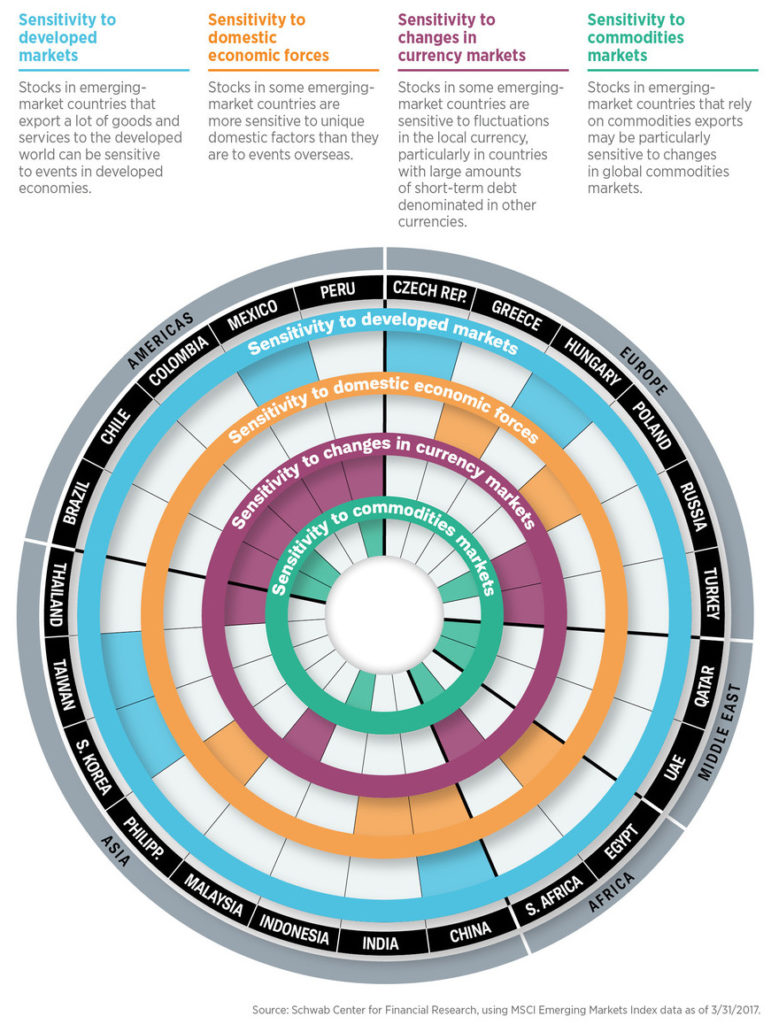 By Jeff Desjardins of The Visual Capitalist

For most investors, targeting foreign countries where there are high expectations for growth is a useful strategy. After all, in the United States, Canada, and Europe, economies are mostly growing at about 2% or less per year. And while these developed markets are less risky to invest in, finding value can be tricky.

That’s why for many decades, investors have been allured by the fast growth of far-off economies. In the 1950s and 1960s, Japan’s economy regularly expanded at a 10%+ clip, and who can forget the “Four Asian Tigers” that followed in Japan’s footsteps? In the 2000s, the focus shifted to the BRICS (Brazil, Russia, India, China, South Africa) – and more recently, attention has been on countries like Indonesia, Nigeria, Colombia, and Turkey.

Although emerging markets are similar in that they have high expectations for growth, it’s important to remember that these countries have very unique and different sets of risks…Read More