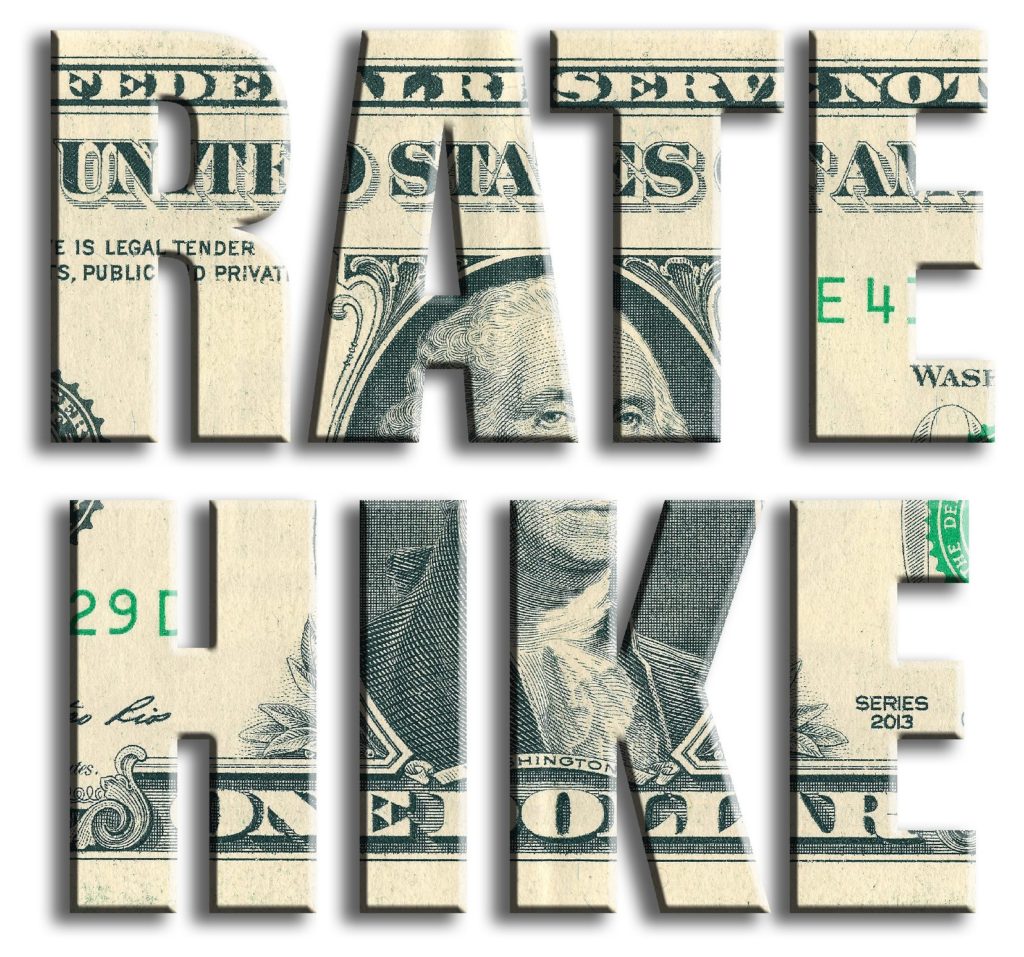 The U.S. Federal Reserve Board’s Open Market Committee just raised the Fed Funds rate from 0.75% to 1.00%—the second rate hike in three months.  So what should you do with your investment portfolio in light of this change?

Why?  First of all, the rate change was laughably minor, considering all the press coverage it received.  In the mid-2000s, Fed Chairman Alan Greenspan raised interest rates 17 times in quarter-point jumps, finally taking Fed Funds to a 5% rate.  This time around, the economists at America’s central bank are behaving extremely cautiously.

Second, although you may read that any raise in interest rates is depressing for stocks.  It’s true that borrowing will be incrementally more expensive for American corporations than they were last week.  But the bigger picture is, this move was actually a validation of the country’s economic progress in our long slow climb out of The Great Recession.

By raising rates, the Fed was indicating that it believes the companies that make up our economy are healthy enough to survive and prosper under slightly higher interest rates.  The markets apparently felt like this was a positive sign, that the economy no longer needs to be nursed back to health.  The widely-followed S&P 500 stock index rose a full percentage point on the news.

Third, and more good news, the Fed has now moved into a mode where it is fighting inflation, rather than trying desperately to stimulate it.  The worst thing that could happen to the economy is a bout of deflation, where prices fall and there are no policy remedies to fix the problem.  In the discussion accompanying the rate rise (the infamous Fed “minutes”) the Board of Governors expressed concern that inflation might rise above their “target” of 2%, hence the tightening.  If you read the message between the lines, they seem to feel that the threat of deflation is over.

Finally, the rate hike was expected, and already built into the price of stocks.  And more still are expected: at least two and possibly three 0.25% rises before the end of the year.  But the Fed also signaled that if there is any sign of backtracking, those plans will be scrapped.  The rate rises are anything but reckless.

So what WILL be the effect of the rate hike?  Borrowing to buy a car or a house will be slightly more expensive going forward than it was last week.  The average thirty year fixed mortgage rate this time last year was 3.68%; it’s now up to 4.21%.

Most credit cards charge variable rates of interest, which likely means a 0.25 percent rise in the rates you pay on any balances you carry from month to month.

And private student loans with variable interest rates will likely increase each time the Fed raises rates.  Balances on Stafford, Graduate Plus or Parent Plus loans will remain at their current interest rates, but the rates on new loans will probably rise.

If your portfolio is well-diversified, there’s not much more you can do to ride out a (slowly) rising-rate environment.  Ignore the headlines and celebrate the fact that even the most cautious economist in Washington are finally admitting that the economy is on solid ground.