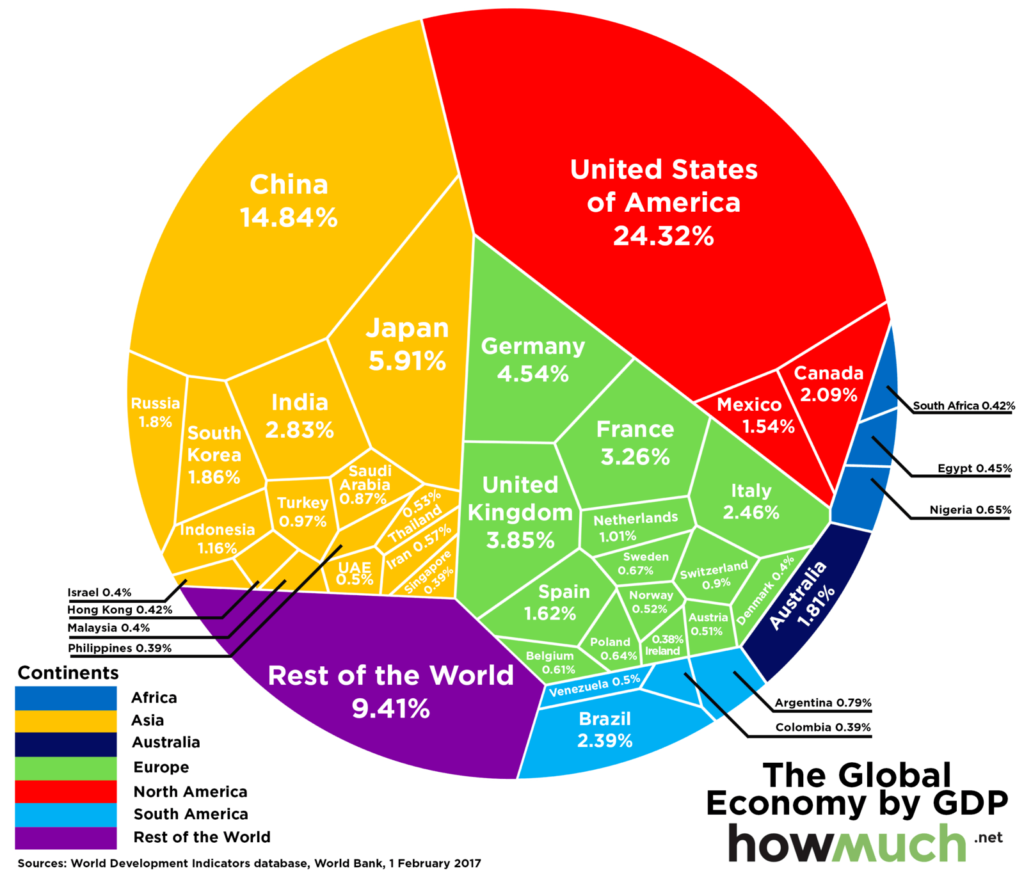 By The Visual Capitalist

This week’s installment of The Distillery comes from The Visual Capitalist and is a pair of well-designed charts that illustrate the world GDP and debt in single charts.  The first visual provides the world GDP by breaking down the relative share of the global economy by nation.  Continents are also grouped together and sorted by color.  The second visual is the world’s debt by nation.

The numbers that stand out the most, when comparing the two graphics:

Combining the debt of the United States, Japan, and Europe together accounts for 75% of total global debt.