< Previous2016 Second Quarter Report: The Shadow of Brexit
Next >A Market High - But Is It a Market Top? 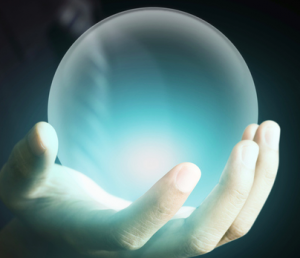 Last summer my family was visiting extended family in Idaho. It was a Saturday night and we were exhausted. So we decided to order pizza and have it delivered to the home. The pizza place gave us an estimated delivery time…which came and went. After waiting a while longer, my sister-in-law called back to find out what was up with the order. They explained it was very high volume that night, but the pizza was coming out of the oven at that very moment and told us it would be 20 minutes. It was 8pm.
When she related the conversation, I said I didn’t think they had even started on the pizza. I told her, and the rest of the family, the pizza would arrive at 8:43pm…just picking a number out of the air. Others made similar guesses. As we watched TV, and it went to commercial, I noticed it was 8:42pm…Read More