< PreviousAn Open Letter to the Next President
Next >It's The Economy Stupid: Yellen Speaks 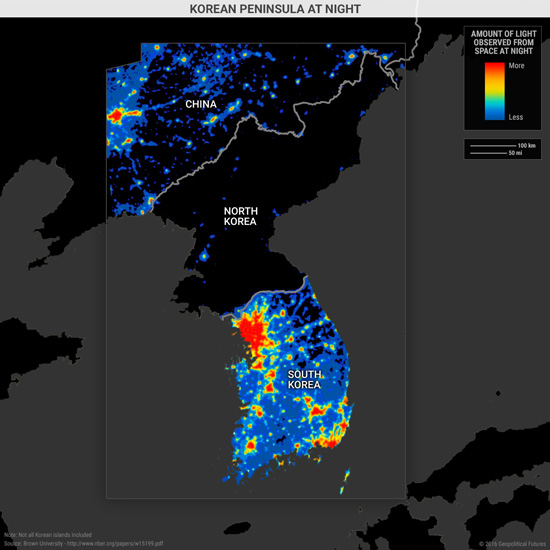 To understand North Korean strategy today, we must first understand the implications of its geography. Korea is a peninsula jutting southward from Manchuria. The waves of the Yellow Sea break on its western shores, and the waves of the Sea of Japan roll in on its eastern flank. It shares a 30-mile-wide border with Russia, its northeastern border about 70 miles from Vladivostok, Russia’s major eastern port. The southeast corner of Korea juts to within 100 miles of Japan to its south, and the peninsula’s southwest corner angles westward only about 300 miles from Shanghai. In hostile hands, Korea can threaten …Read More